Hijacked: The Secret of Contentment 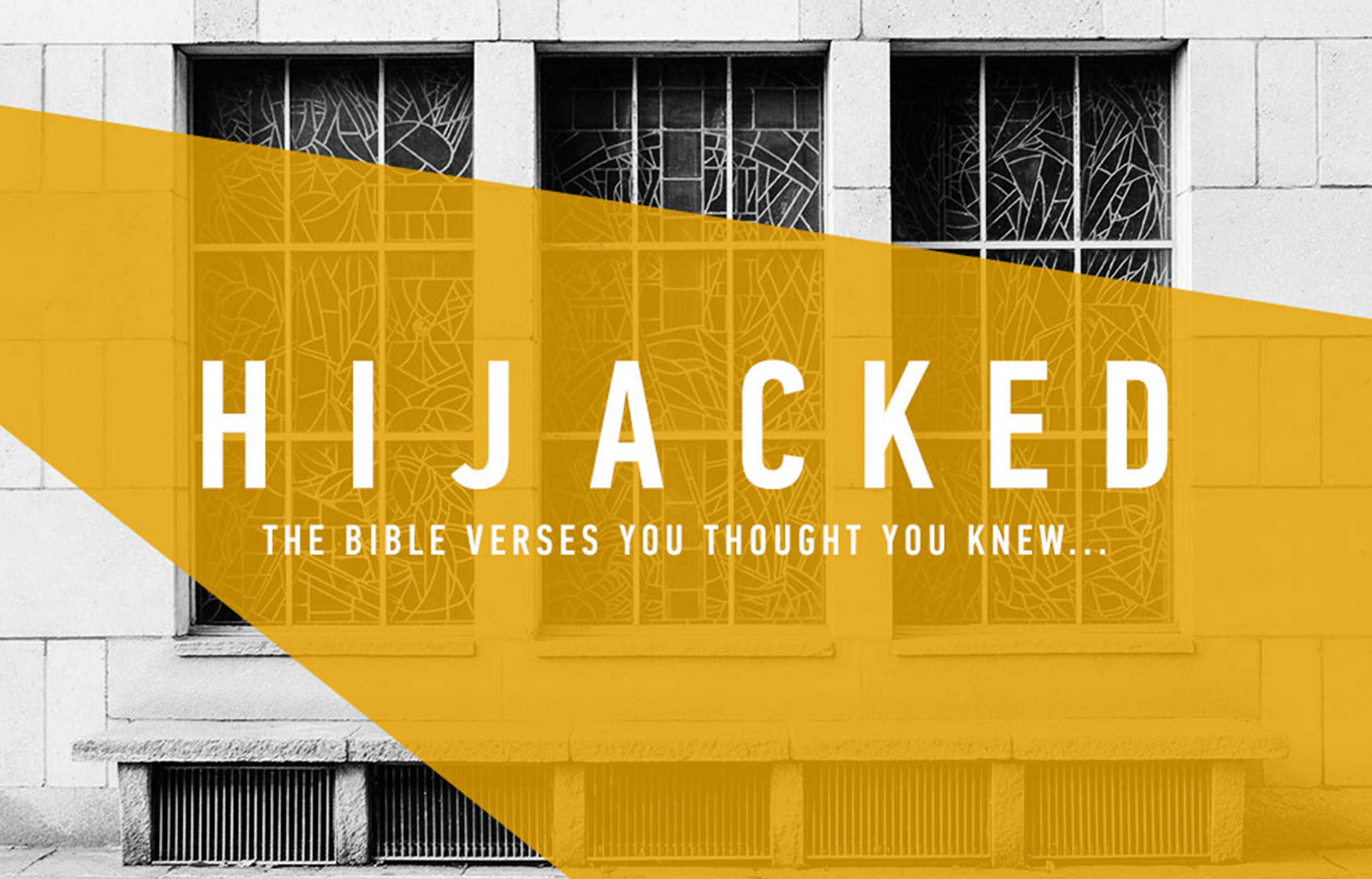 Philippians 4:13 is so much more than a motivational line for a high school football victory. If anything, Paul’s word here has just as much or more to do with God’s strength in losing than it does in winning. Nor is this verse a mantra to achieving your dreams but a reminder that even when you don’t, God’s enough. And that’s a way better promise. The apostle Paul wasn’t writing from the sidelines of a football field but from the confines of a prison, chained to a Roman guard. In the context, this passage is really Paul’s thank you to the Philippians. But in the midst of this thank you, Paul reveals this incredible, life-changing secret. A secret that everyone wants but few have found. How great would it be to be totally content, satisfied, and at peace no matter what happens in life. Paul says the secret formula is Jesus + nothing equals everything. The problem is, we don’t believe that so we spend our lives filling in the “nothing” in the equation. What do you fill it with?

1. Jesus + control = everything
Ten years have passed since Paul arrived and planted the church in Philippi, and for those 10 years there had been no support. But Paul rejoices when Epaphroditus shows up with a gift from the Philippians. Paul said they had revived their concern for him. Their love had always been there, but it didn’t have an opportunity to express itself like this. And Paul was ok with that because he knew that the seasons and opportunities for his provision were controlled by a sovereign God. He trusted God for when provision came and through whom it came. See discontentment comes when you want to control everything instead of letting God be in control. Life is good when everyone and everything is doing what you want, but what about when things spin out of control? Our “contentment” disappears faster than a Krispy Kreme donut on a Sunday morning at Harvest. We think our control will bring contentment. The problem is, only one person can be in control for you to have true contentment, and it’s not you. Give up control to God who is sovereignly working all things out for your good.

2. Jesus + consumption = everything
Paul had learned to be content, which by the way I love that Paul had to “learn” to be content. It gives us all hope that we can learn it too! And he learned to be content through the recognition that he didn’t need a bunch of stuff to get there. The question is, why don’t we believe Paul? And I wonder if it isn’t because we’re listening to solutions to our discontentment from the culture and not from Scripture. The media we consume is built on creating discontentment in us by turning wants into needs and then proposing that the only solution is to buy their product. But here’s the thing, the more you have, the less content you become. And the reason for this is because God is trying to show you that what you’re chasing after is a dead end. It’s God’s love to break us of the things that we think will make us content. So that instead, like Paul, we can learn to move beyond being consumed by our needs to being consumed with Christ. Here’s the worst part, when I’m discontent, I’m saying Jesus is insufficient. But it’s not that Christ is insufficient. It’s that our grasp of Christ is insufficient. May he increase and our desire for consumption decrease.

4. Jesus + the correct answer = everything
I think what can happen is we figure out this text is about contentment and not the achievement of the American dream, but we go home and we’re still no more content. In other words, the right answer doesn’t magically make someone content. Now you may say, ok, I understand this but how do I take this from the correct answer to correct application? Fortunately, the book of Philippians provides several excellent practical steps toward this end goal of contentment. First, Philippians 2:14 tell you to watch your grumbling and complaining. Nothing will feed discontentment like your own inner commentary. Second, Paul, in Philippians 3, spoke in such a contrasting nature between all he had gained before Christ and all he had gained with Christ to the extent that he counts all things as loss and rubbish in comparison to the surpassing greatness of knowing Jesus Christ. Do you see your life like that? Finally, Philippians 3:17 would encourage you to find examples of godliness and contentment and surround yourself with them to learn from them. What examples of contentment can you point to in your life?

Worship: It's who you are

Hijacked: The Secret of Contentment

Looking Back and Looking Forward

Thank You for Three Years

What Should You Do With Santa?

Fall, Halloween, and a Biblical Perspective

Are you talking to yourself?

The Joy of Seeing People Grow in Small Groups

Top 5 reasons you need to participate in All-Church Prayer

From Church Plant to Church